This is the sequel to my previous blog: [LINK TOEVOEGEN] “Five hard lessons learned from ten years of doing business in China.”

Amir Nogayev is at his home in Xiamen when he suddenly hears loud knocking on his door. He opens the door and sees two Chinese security agents. Passport. While other agents search the rest of the building, they interrogate Amir.

“You’re from Kazakhstan, so what are you doing in China? What’s your religion? Which cities have you visited?!”

It turns out that an international summit is being organized right behind his apartment building and that they’d rather not have him, an undesirable alien, anywhere near. They visit him twice – just when Amir’s application for the renewal of his visa is being processed by the authorities! The security service is cold as ice. His visa will not be renewed, and he has to leave the country…

Amir was working at our Chinese branch of Second Company at the time and as his employer I am informed about the bad news. Amir is one of our best developers, is fluent in five languages, including Mandarin and English, has won coding Olympiads and has been coding since he was a nine year old. That’s right, since he was nine years old. 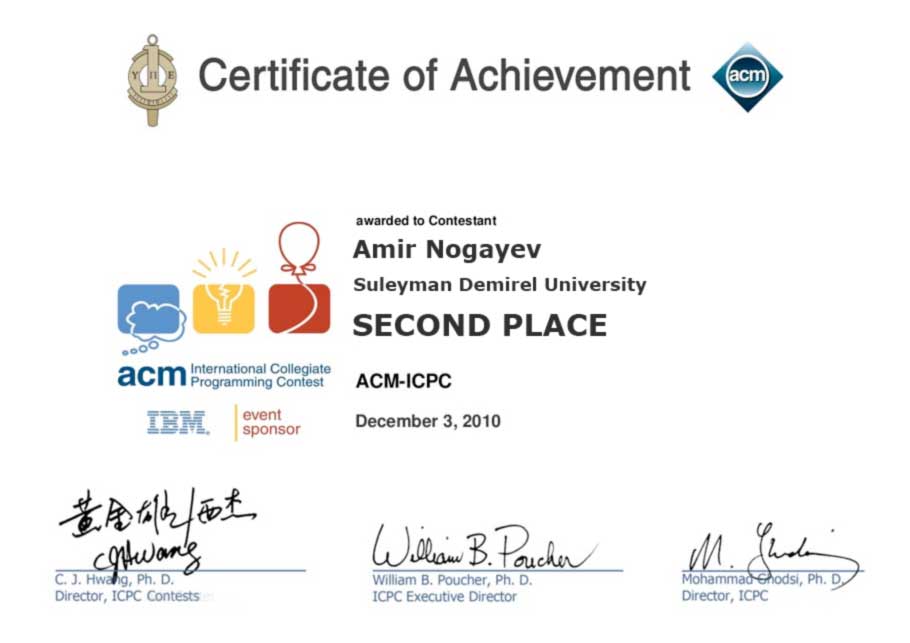 I don’t need a lot of time to think. I had Amir come to the Netherlands, where he can temporarily work for our Dutch branch. Within a week, this 27-year-old kid from Kazakhstan is standing in the spare bedroom of my sister’s flat in Haarlem, which will temporarily serve as his living quarters. Thank God for family!

Completely overwhelmed, Amir left his life in China behind: away from his girlfriend, his job and his friends. Quite shocked, he travelled to the Netherlands with one bag and a laptop, because it was only meant to be temporary, right?

But less than a month after Amir’s arrival, developments at Second Company Limited in Xiamen changed everything…*

Fast forward to the present.

Amir addresses our team of software developers at the office in Haarlem in fluent English. He confidently runs through the project plan, switching with ease between technical terms and the business needs of the customer.

“Put yourself in your client’s position and think of their business needs”, he tells them. He answers questions and gives advice. Amir is a software developer himself, though he definitely doesn’t fit the stereotype. Listening to how he motivates the team, you hear a business savvy manager. Amir has become a great example of the philosophy of Second Company: broadly educated, independent and business-minded developers are the future!

Amir has now found his own living space in Haarlem and remembers the first period after his arrival in the Netherlands very well. Especially the afternoon when he had locked himself out on my sister’s balcony.

It’s funny actually. I was out there for quite a while and started reflecting on my journey from Kazachstan to China and now to the Netherlands. I thought to myself, wow I never imagined things would work out this well. Never!

If you’d seen him during this project meeting, you would undoubtedly have come to the same conclusion.

Want to know more about how our international team of business-minded developers can make the difference for your company? Read our next blog: [LINK TOEVOEGEN] 3 reasons why customers choose Second Company

Do you have a question about this topic?

Second Company specializes in developing, managing and hosting tailor-made software integration solutions. We are also specialized in applying the latest techniques and methods within software development.

Our team typically replies in a few hours.